I don't remember exactly when my older son became not just sweaty and little boy smelly but actually stinky. Maybe I noticed when he climbed into the car after school and happened to have had P.E. that afternoon, last period. Or perhaps it was when he and a band of boys got into the car after flag football practice, and I could barely breathe. I think, though, that I only realized that the kid needed to start wearing deodorant when we were out running errands in the middle of the day, and the only activity he'd had prior was a thumb work-out on his Gameboy. The smell was pungent, and it wasn't lavender. 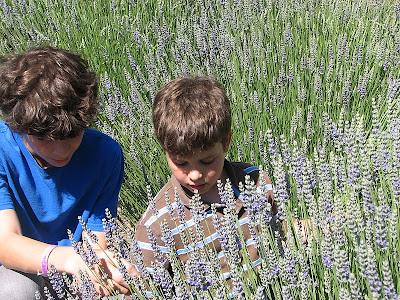 Because, really, my son was only a little boy, and the idea that the grassy smell of boyhood was turning into something slightly sour, not a little rank, was shocking to me. It wasn't so much the smell but rather the sudden turn in things – the startling fact that my son was becoming an adolescent and that it appeared to be happening overnight. I wasn't unprepared for this natural course of events as much as I was surprised that it was actually going to happen. I compared it to the feeling one has looking up into the rearview mirror of the car and seeing a deep crevice between one's eyebrows that had not existed before that moment.

The onset of puberty appeared to happen just like that, in a car, running errands, one of those errands becoming a stop at a drugstore to purchase some deodorant for the boy. Surprisingly, telling my son that he smelled bad, which meant that he was growing up, becoming a man, was not a sickening blow to his self-esteem. He was still a little boy in many ways, and there was a certain cachet to smelling bad. Really, the acquisition of the first deodorant was something exciting – he was thrilled when I handed it to him and told him that he should use it every day, before putting your shirt on. It wasn't until a few years had passed and adolescence had entered in every other way, bringing new concern for his appearance, that wearing deodorant became a habit for him and not something that I had to tell him to do. 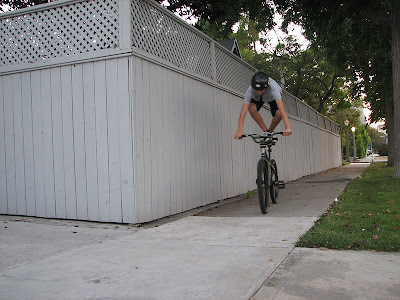 My younger son turned ten in May and just the other day, I leaned over his shoulder to help him with some homework and had to turn my head and hold my breath. I haven't checked in the mirror lately, but I imagine some new wrinkles have appeared where none were yesterday, too.

In conjunction with BlogHer, I'm writing this post to let you all know about a cool campaign that Unilever, the leading manufacturer of deodorant and antiperspirants and the maker of Degree® Men, Degree® Women, Degree® Girl, Dove® and Suave® is leading called Don’t Fret The Sweat. The campaign wants to ensure that parents and kids “remain cool, calm and confident throughout the day.” That's why they have a Facebook page, of course, a great resource of tips, tools and real-life stories about how parents are transitioning their tweens into confident and self-reliant teens.

To be honest, I raised my eyebrows at another Facebook campaign, but when I surfed around Don't Fret The Sweat Facebook page, I found it to be really useful. I hesitate to give products with a lot of chemicals to my children and learned a bit about the difference between deodorant and antiperspirants on the site, using the Product Matchmaker. The panel of experts and community partners answer questions and de-mystify some of the more aggravating issues of tweendom and adolescence.

Let's face it – we contemplate our own aging with a bit of shock and a little denial. I have found my reactions to my own sons' aging and growing up to be a little shocking, too. Sometimes I'm not sure that I'll know how best to ensure that they're confident about themselves, comfortable in their own bodies and able to deal with the stresses of adolescence. It's nice to get a little help. 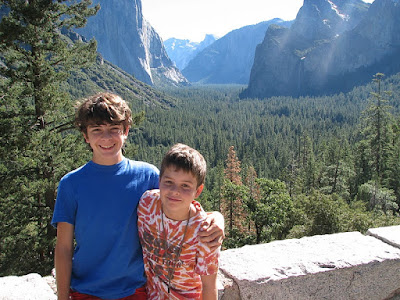 In conjunction with the Don’t Fret The Sweat campaign, I am giving away a $100 VISA card and a Don’t Fret The Sweat gift pack. If you'd like a chance to win, leave me a comment telling me whether you're prepared or not for your child's adolescence. Be honest – you can also let me know how many wrinkles you have!

There are more chances to win at BlogHer. Visit the BlogHer Prizes & Promotions section
The sweepstakes runs from October 4th through November 4th.

You may receive (2) total entries by selecting from the following entry
methods:

d) For those with no Twitter or blog, read the official rules to learn about
an alternate form of entry.


This giveaway is open to US Residents age 18 or older

Winners will be selected via random draw, and will be notified by e-mail.

You have 72 hours to get back to me, otherwise a new winner will be
selected.

The Official Rules are available here.
Posted by Elizabeth at 11:08 AM 119 comments:

Boys, Sports, Gatorade, Being an Athlete's Mother and a Giveaway

Thirty-eight summers ago I was a ten year old little girl living on a street in New Jersey. I played with my sister Melissa, my dolls and rode my bicycle around my neighborhood. I played hopscotch up the street with my best friend Laura and occasionally climbed trees. Other than that, I read books. In fact, I was probably the biggest bookworm for miles -- if not the country. I had absolutely no interest in sports other than an occasional Sunday afternoon of Wide World of Sports on the television and the Olympics every four years. That disinterest and near aversion to anything athletic continued for the next thirty years, except for a brief, avid interest in my high school boyfriend's football games and then the near-hysteria of basketball years at the University of North Carolina at Chapel Hill (Michael Jordan was a classmate).

I turned forty-eight years old this week, and I've never developed any athletic ability and remain one of the world's biggest bookworms. But I'm also the mother of not one, but two boys who are not only interested in sports but are actual athletes -- dare I say jocks? And I have to admit that while I still struggle with the rules of every sport they play (lacrosse, baseball, basketball, flag football and soccer), I actually enjoy them. 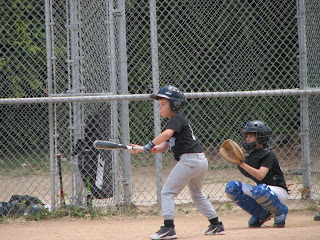 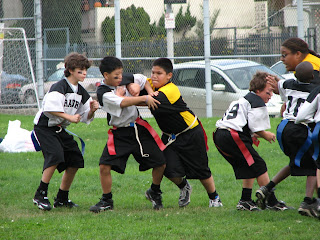 As most of you know, I have a daughter, too, who is sixteen years old, but she has severe disabilities related to a seizure disorder that she developed at three months old. As a result, she has never taken ballet or hip-hop or played volleyball or basketball or soccer. She has never run or jumped, either. When I see my sons playing sports, their beautiful and perfect bodies running and jumping and throwing, I can only marvel at the seeming effortlessness of it all. I am filled with gratitude for their sheer physicality and have, surprisingly, found myself committed to helping them become the athletes that they want to be. And then I marvel at how I've sort of, kind of, become a sports mom. 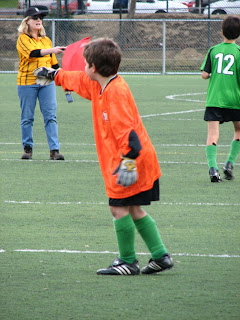 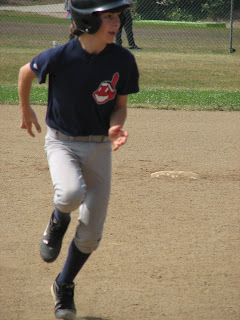 So, what's all of this about? As a part of the BlogHer community, I was asked to post about my experiences being a mother to athletes. Gatorade is sponsoring this post and also letting me give away a $100 gift card to Dick's Sporting Goods! And while I still can't believe that I'm out there doing this -- driving my sons to their incessant practices, buying their equipment and making sure that they have it all, instilling a sense of sportsmanship and the importance of physical activity for one's well-being -- I'm also learning about things like sports nutrition and hydration and what role this plays before, during and after a game or practice.

Gatorade and the Women's Sports Foundation have created a pledge to support young athletes in their quest TO BECOME the best athlete they can be. You can read more about the program and take the pledge HERE To encourage mothers to support their athletes as they BECOME, Gatorade will donate one dollar up to $10,000 to the Women's Sports Foundation for every pledge they receive atGatorade Moms.

And the $100 giftcard to Dick's Sporting Goods? The sweepstakes runs from August 29th through September 30th. Just tell me how you help inspire your young athlete to be their best.


Here are the rules:

You may receive (2) total entries by selecting from the following entry methods:

d) For those with no Twitter or blog, read the official rules to learn about an alternate form of entry.

This giveaway is open to US Residents age 18 or older.


The official rules are available here.

Additional chances to win the gift card to Dick's Sporting Goods are over at BlogHer's round up page.

Visit me at my other blog 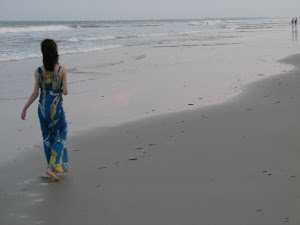 a moon, worn as if it had been a shell

Elizabeth
I love poetry and discourse and gallows humor. I like to say that reading voraciously has been the only constant in my life. I am a fierce advocate for my daughter who has a severe seizure disorder of unknown origin, as well as for all special needs children. This is a place where poetry, politics, parenting, and disability intersect. Every now and then I curse and might offend you with my leftist politics. No apologies. Stop reading. If you have trouble leaving a comment, I'm sorry! You can always email me at elsophie AT gmail DOT com